Approximately 200 years ago, elephants were abundant throughout the area of modern Bangladesh. Today however they 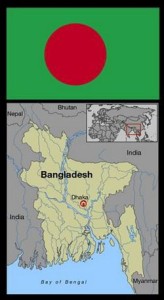 are listed as critically endangered and are one of the most threatened elephant populations in the range states. Up to 30% of Bangladesh’s elephant population is transient, migrating over the borders into neighboring India or Burma.

Click here for the latest news about elephants in Bangladesh

Wild elephants in Bangladesh are limited to areas generally inaccessible to humans such as the isolated Chittagong Hill tracts or national parks, of which Himchari National Park and the Mainimukh and Pablakhali Wildlife Sanctuaries are protected areas.

The biggest threats to the wild elephants are

The above factors have had a serious effect on human elephant relations. Bangladesh is an exceptionally poor country and the government does not have the resources to effectively manage the conservation of wildlife. There are virtually no active conservation projects in Bangladesh. 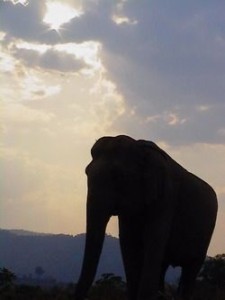 There are around 100 captive elephants in Bangladesh. Of these, about 75% are employed in the logging industry hauling timber while the remaining 25% work in the circus. Conditions are likely to be very difficult for both groups.

The lack of financial resources and a dedicated government department as well as the almost total absence of any conservation work means the elephants of Bangladesh are reliant on their survival by living in areas isolated from human beings.

Bangladesh’s elephant population is possibly the most threatened in Asia. A major commitment to securing the existing corridors seems to be the elephants’ only chance of sustainable survival. Given the lack of resources available within the country, it requires a major commitment by the international community.

Bangladesh’s elephants may be the most threatened in Asia