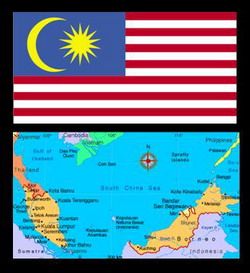 Click here for the latest news about elephants in Malaysia 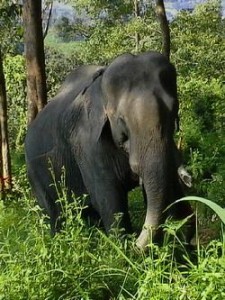 Historically elephants were found in large numbers throughout the dense forests of the Malay Peninsula. However over the past 100 years, the forests have steadily given way to agriculture for both food and cash crops and the wild elephants have progressively receded from the south and west. Initially forest clearance paid no heed to the need for elephant corridors to allow for trans migration and this gave rise to a considerable rise in human-elephant conflict and the destruction of valuable crops.

The Malay authorities response was to set up the Elephant Management Unit in 1974 under the authority of the Department of Wildlife and National Parks. This unit has established the world-renowned Kuala Gandah Elephant Conservation Centre. The unit has become highly specialised in elephant translocation in response to human elephant conflict, moving elephants to the eastern Malaysian states of Kelantan, Terengganu and Pahang where there is still a large amount of forest, some of which is protected as part of the vast Taman Negara National Park.

Forest clearance is now much reduced and takes place only after a lengthy planning process, which takes into account elephant migtation pattern and habitat requirements.

The translocation policy appears to have been successful in maintaining a healthy elephant population and reducing human-elephant conflict. 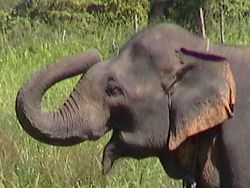 The elephants of Borneo were only accepted as a totally separate sub species in 2003 after scientists concluded that they were genetically different from their mainland cousins. Borneo is still home to large areas of forest which provides real hope that a healthy wild elephant population has a sustainable future. The elephants of Borneo are known to migrate between Malaysia and the Indonesian province of Kalimantan.

Currently, the Department of Wildlife and National Parks are working closely with the WWF to ensure the survival of Borneo’s elephants. 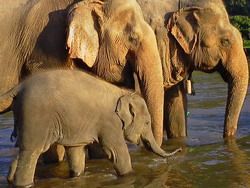 Historically, Malaysia had something of a domesticated elephant tradition based around the palaces of the Malay Sultans. However, this culture began to fade out in the 19th century.

Malaysia has a registration scheme for all elephants in captivity, mainly in zoos. According to research carried out by the United Nations Food and Agriculture organisation, there are 36 elephants on the register. 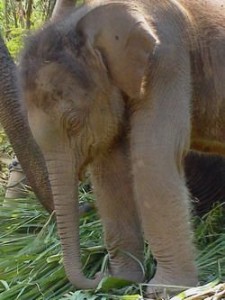 Malaysia’s approach to elephant conservation has been well thought out, scientifically based and methodical in its approach. The translocation of problem elephants has mitigated the effects of human-elephant conflict found elsewhere and ensured healthy, sustainable elephant populations. In the future, as long as further deforestation is limited, it should be possible for Malaysia to maintain a healthy elephant population on both the Peninsula and in Borneo.